He Turned His Passion into a Career: Daniel David Wallace

Looking for a way to make your passions pay? Here's how Daniel David Wallace used events to energize his audience and create a sustainable career.

If you’re looking for an event marketing success story, look no further than Daniel David Wallace. His event, Escape the Plot Forest, aimed at helping fiction writers improve their plot and storytelling skills, attracted over 3000 attendees and netted him over $26,000 in revenue.

Daniel shares the knowledge he’s amassed over the years on topics such as writing compelling plots and structuring your writing, and he’s turned his passion into a viable career, thanks in part to his use of event marketing and HeySummit.

Four years ago, it was a different story.

Daniel’s storytelling blog was popular, but ultimately made no money. His attempt at launching a Patreon was a non-starter.  Then, inspired by Chris Davis’s podcast ‘Food Blogger Pro’, and the magic of funnels, Daniel began turning blogs into newsletters, creating courses on Teachable, and giving away free writing courses along with his book ‘Write Better Sentences’.  Before long, Daniel had created the largest audience he’d ever had - over 2000 people.  Following this whirlwind of success, Daniel faced a new challenge: professional sustainability.

“I felt tired - I had no time to grow the business, and was essentially doing the same thing over and over again.”

Enter: event marketing, which introduced Daniel to a whole new world of networking and audience engagement. For Daniel, events became a time-efficient way to concentrate exposure and outreach to different audiences at once, rather than spreading it out over time. He found that events with various session topics and speakers attracted more people than the average blogpost, plus he was getting himself in front of his speakers’ audiences as well.

Daniel began by helping his wife host a free event to learn the ropes of event management. Hitting the ground running, they brought in 600 attendees with minimal marketing. Following that, right off the bat, he wanted proof that his event idea, Escape the Plot Forest, would generate interest. He pitched it to his existing audience through feedback surveys, quizzes, and conversations via the Discourse community on his website. The response he received was overwhelmingly positive, giving him the confidence to start creating the event.

"I invest a lot of time in making sure that my audience wants the things I'm creating," he says.

The beauty of online events is that they’re flexible, customizable and scalable to your needs. You can also use the tools you know and love to build, organize and promote your event. The world is your oyster - you can harness the power of the internet to reach as wide an audience as possible! When it comes to tools, Daniel can't recommend Pinterest enough. It’s not just impossible-to-create recipes: Pinterest is great for lead magnets. Daniel creates pins with catchy headlines such as 'Do you want to write better sentences?' with a link to his event, blog and newsletter.

"In essence, find someone else who already has an audience, get in front of them, and promote yourself!"

Step by step, Daniel built up his event’s sessions over time, resulting in an end product that was exciting and cohesive. First, he set his sights on assembling a stellar speaker list. To do this, he researched his competitors in the online writing world - inviting those with lists that were roughly his size. He also reached out to his own audience, asking them who else they followed or who they thought would make a good addition to the event. Since he'd been both a speaker and affiliate at other events, he was able to leverage his network to fill more speaker slots.

The wide range of speakers meant a wide range of session styles - but HeySummit enabled him to weave together different session formats, from live to pre-recorded to panel and everything in between.

“This is my favorite part of the platform - the transition between session types is seamless.”

Through it all, maintaining audience engagement was vital.

"Thanks to the chat feature, speakers could chat with the audience, so attendees were really engaged and egging each other on to go to the next session and so on - we had this core group of people who attended all the events live!" he explains.

The ease of going from session to session was crucial in maintaining this dynamic, and helped create the feeling of being in the same place, together. That was another big win for Daniel’s event, and a key differentiator between events marketing and other forms of marketing: he was able to build a community of like-minded people who connected and experienced his content together.

As a keen new event organizer, Daniel used any spare time he had to educate himself on sales and marketing, via podcasts by other thought leaders like Pat Flynn. As his event grew in popularity, Daniel emulated an approach championed by Bryan Harris - using partners and affiliates to market his event (and his business), instead of concentrating efforts on social media or SEO. HeySummit’s built-in affiliate scheme set him up for success: Daniel set up his speakers as affiliates, and encouraged them to use the platform tools (offers, giveaways) as they'd like. By empowering his speakers in this way, Daniel created authentic, autonomous affiliates - a hugely powerful marketing tool.

What’s next for Daniel?

As someone who experienced such rapid audience growth with his event, Daniel stresses the importance of maintaining engagement and momentum with your audience. He continues to email free content to his attendees, including a highly popular 12-step email-based course. And what about events? Well, they remain a mainstay in Daniel’s business - catch his latest one, Find Your Readers, from July 24-27, 2021.

For Daniel, turning to event marketing, leveraging existing content and providing added value to his audience helped him maximize his leads and grow his audience like never before. Ready to take your own  business to the next level with event marketing? Start your free 14-day trial today. 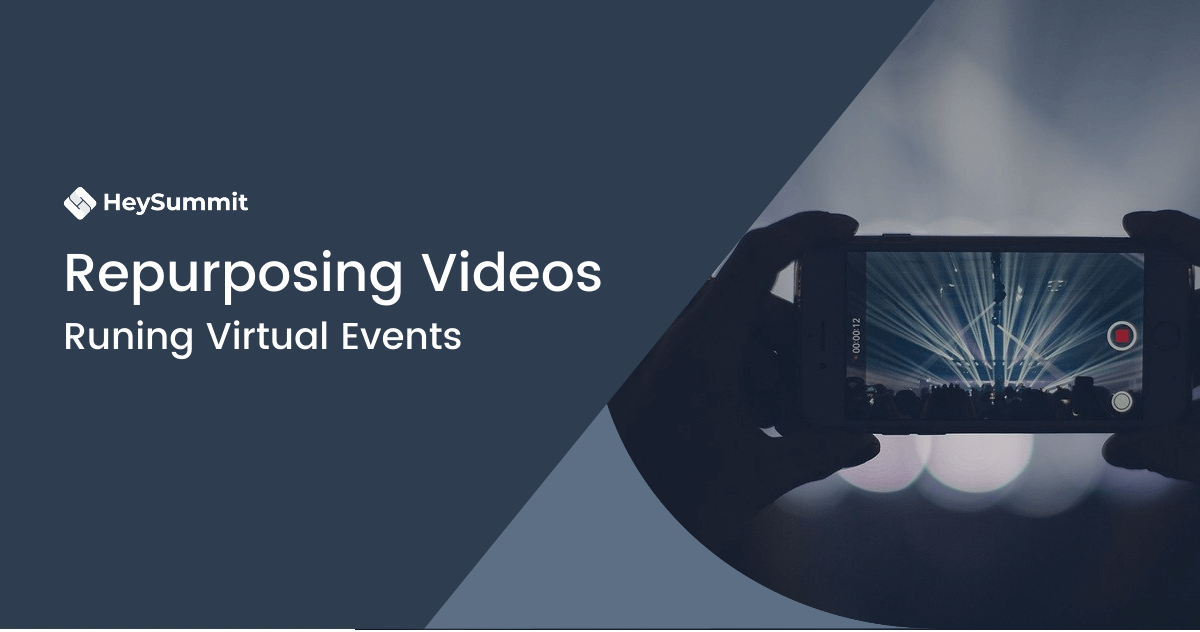 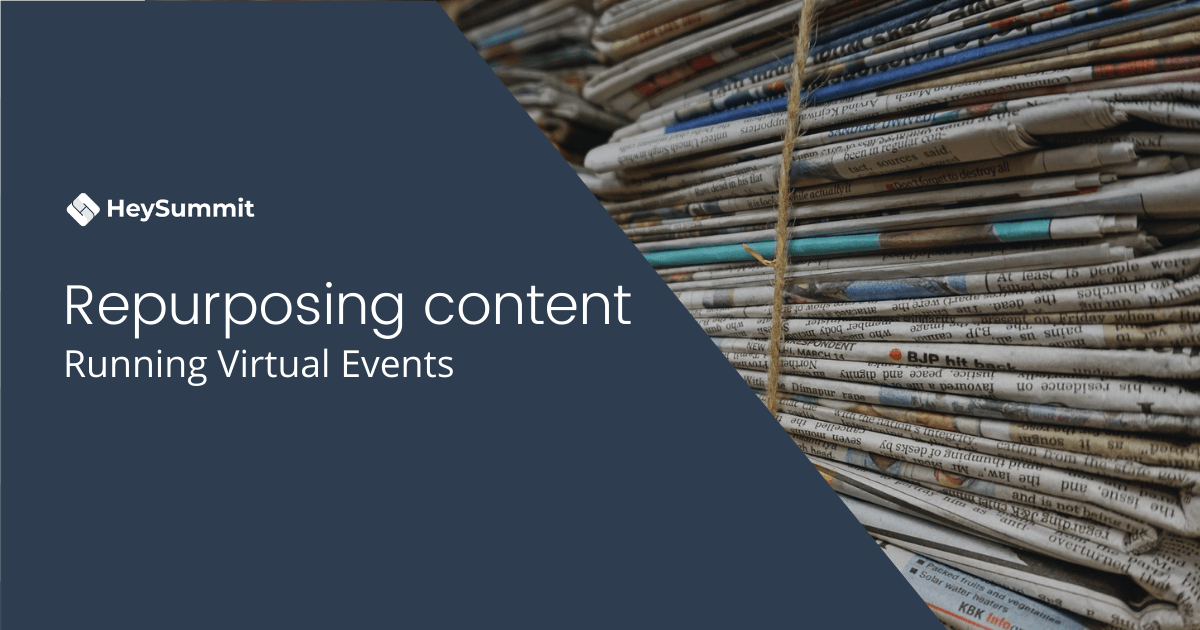 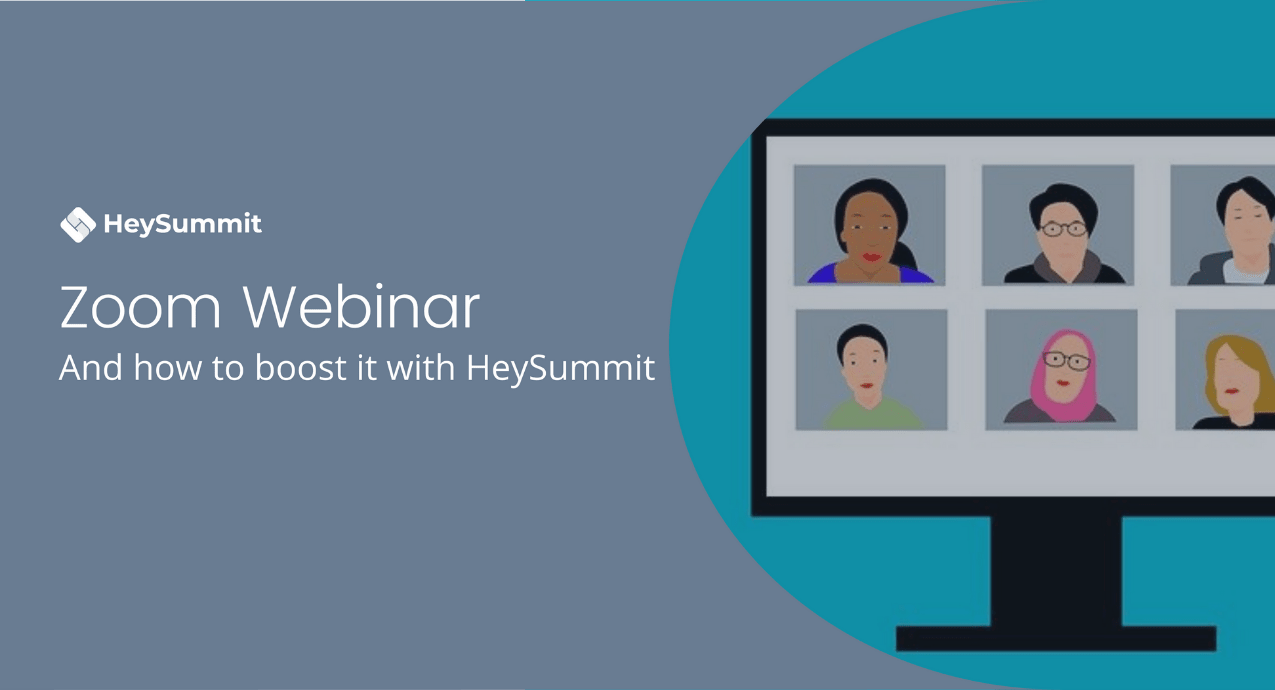